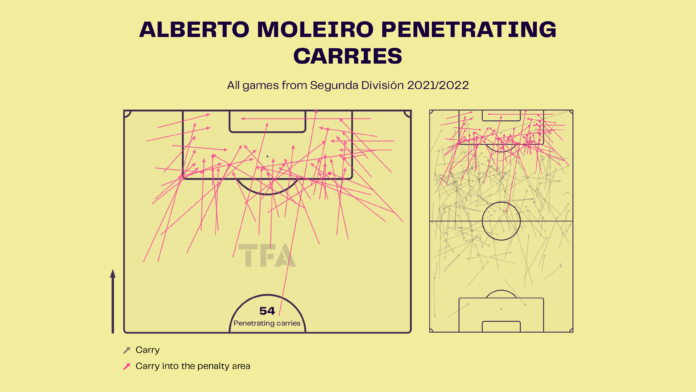 Barcelona’s hunt for players continues as Xavi looks to rebuild the squad going into the next season. They are searching for young players who have the potential to take the club to the next level. In the summer transfer window, they were behind a lot of players but were unable to negotiate with many of them. One of the players that was on their transfer list was Las Palmas winger Alberto Moleiro. The 19-year-old is one of the hottest prospects in Spanish football and is being scouted by a few other European clubs. Barcelona have once again shown their interest in the attacking midfielder after his recent performances for the club in the Spanish second division. We now look at some of the stats that show why Barcelona have shown an interest in the player. 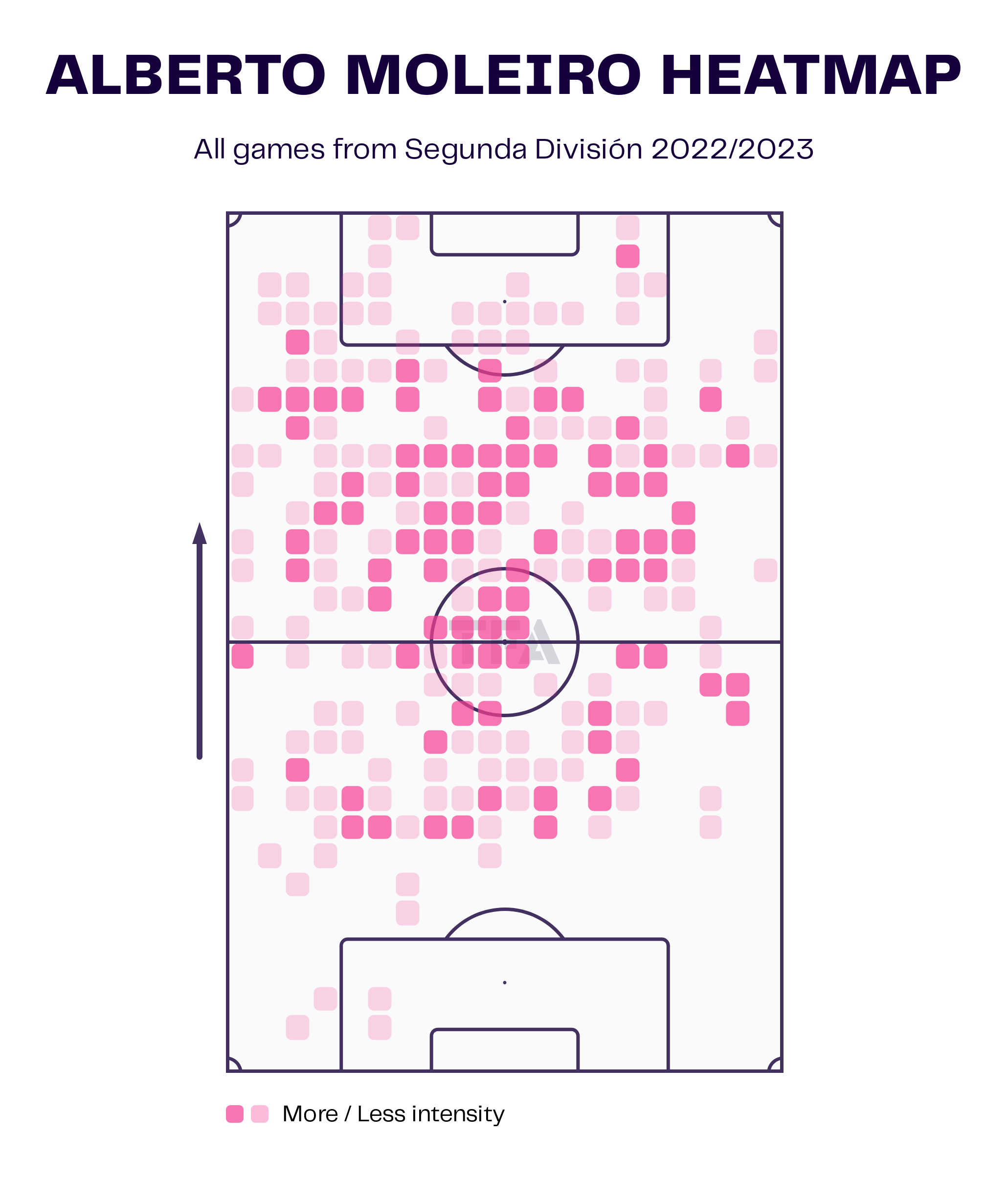 The 19-year-old has played in six league games for his team this season. He has played as an attacking midfielder and as a left-sided centre-midfielder. The heatmap shows that Moliero has spent most of the minutes in the centre. Alberto Moleiro has spent 455 minutes on the pitch and has provided three assists. His creativity is one of the reasons why Moleiro is on the wishlist of Barcelona. Last season, the youngster made 37 appearances and scored three goals along with an assist. 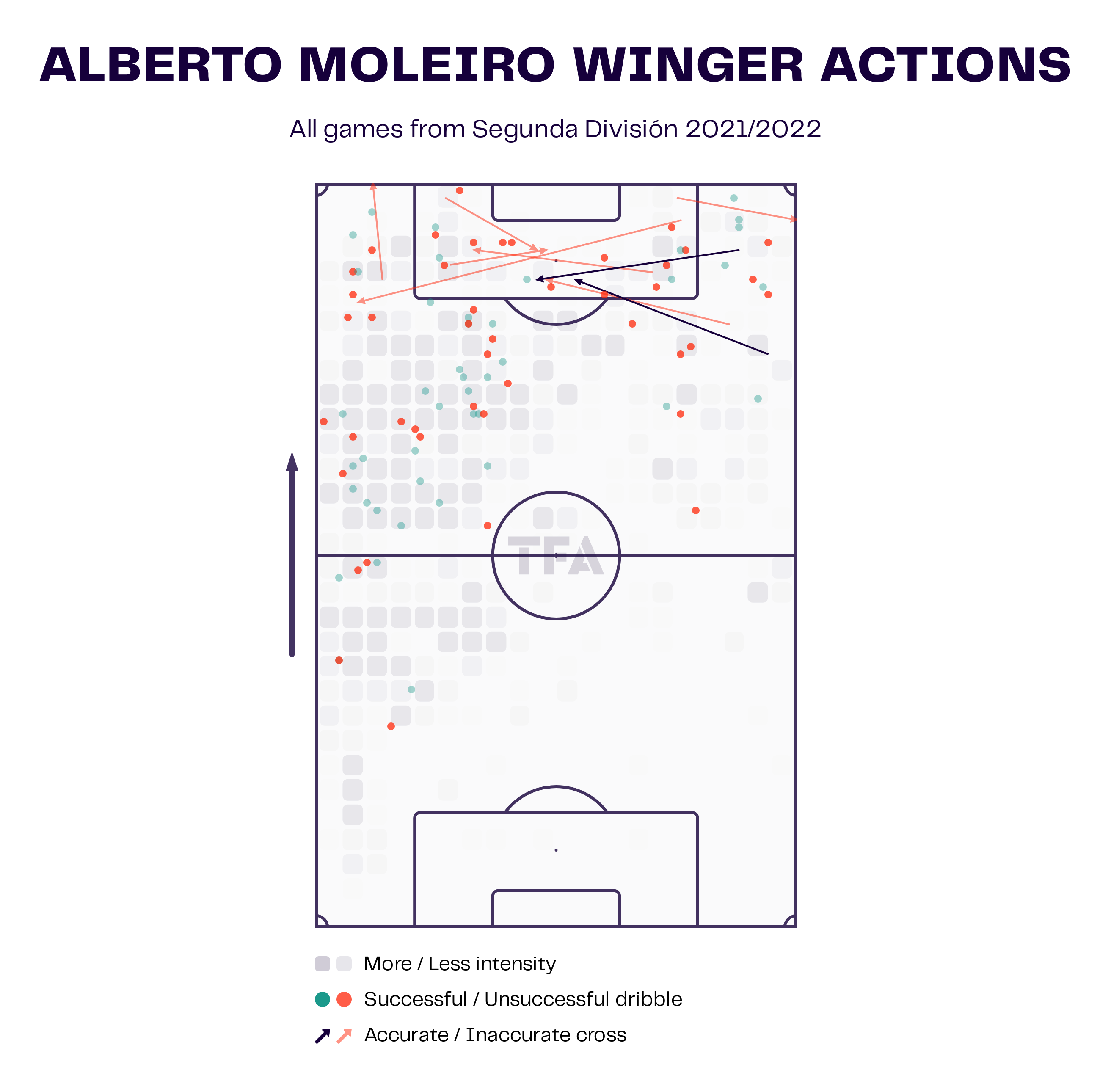 Alberto Moleiro tries to get past the opposition defence by attempting dribbles in the attacking third. He averaged 6.1 dribbles per 90 minutes and had a 50.7% success rate. This season, he averages 5.74 dribbles per 90 minutes and has a 55.2% success rate. The attacker has struggled a bit to get past the defence inside the opposition penalty box but has been handy on the edge of the final third. In a team like Barcelona, he won’t get a lot of time to dribble in the attacking third. 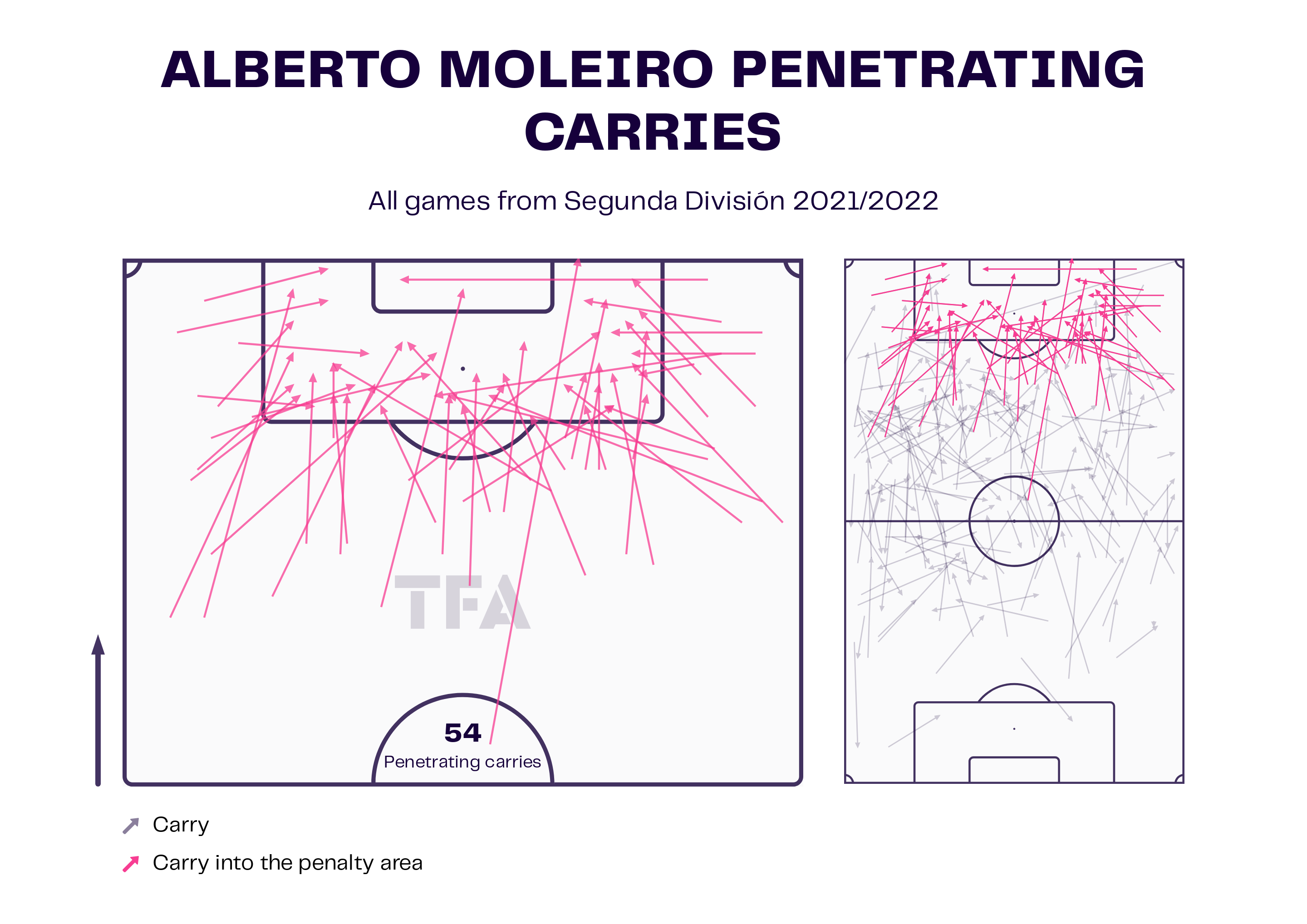 The dribbles and pace of the player have allowed him to get past the opposition defence on many occasions. The above viz shows the ball carries and penalty box penetrations from different areas on the pitch by the player. It can be observed that Moleira can play from either side of the field. He has carried the ball a few times from the centre. The player can create threats and chances for his team from such opportunities. 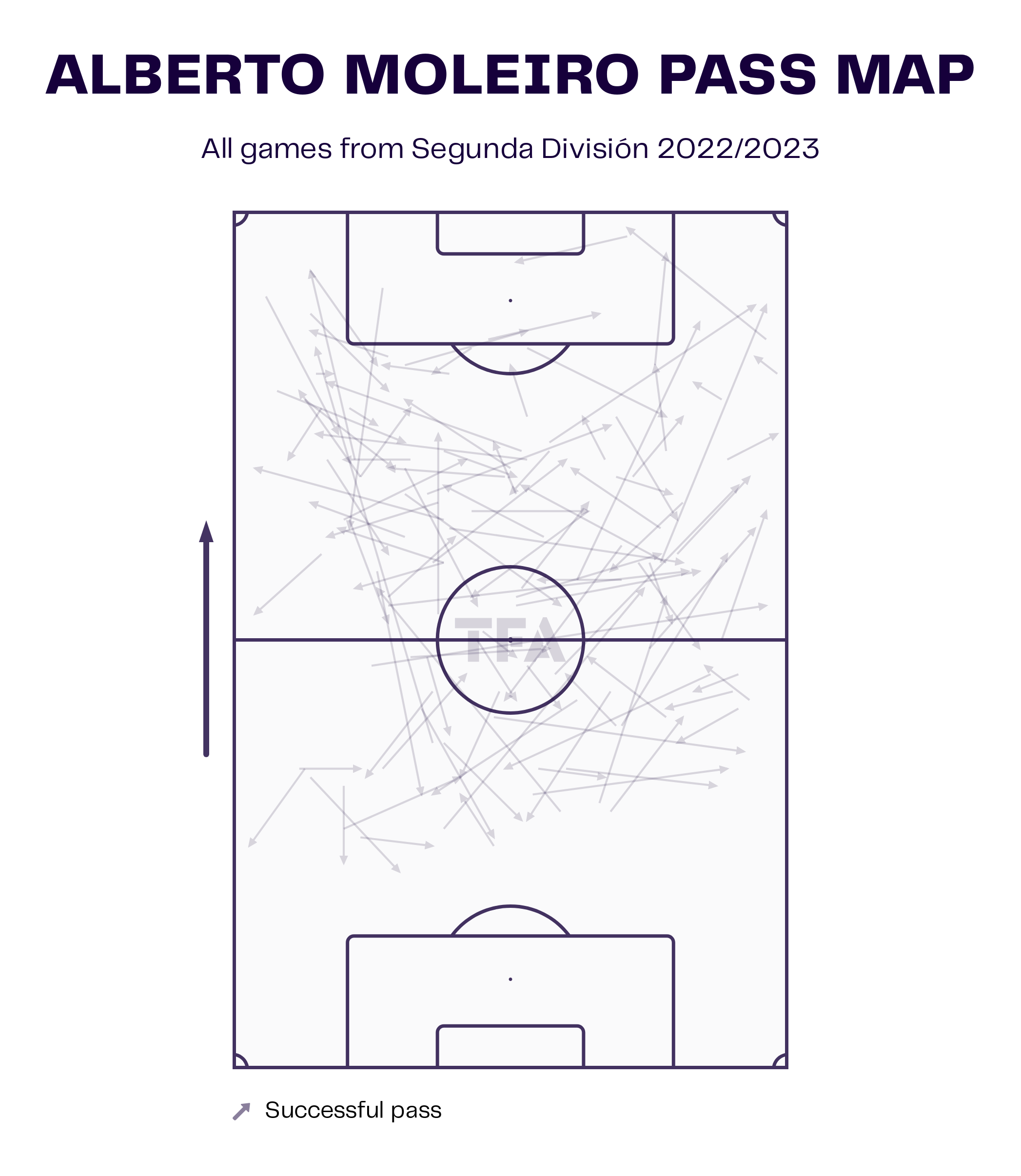 Alberto Moleiro’s passing ability this season has gained interest from many clubs. He averages 30.46 passes per 90 minutes and has an accuracy rate of 75.3% this season. These include 3.56 passes to the final third and 1.38 passes to the penalty box per 90 minutes. The forward has three assists and will look to add more in the remainder of the season.

The 19-year-old is still picking up the pace of the game at the senior level. He is a huge prospect and could end up playing for a top team next season. Barcelona will try to sign the player in the coming transfer window and test his potential.

Transfer Talk: How Raheem Sterling could provide a new dynamic to...

Far from his best: Valverde has to be wary of starting...